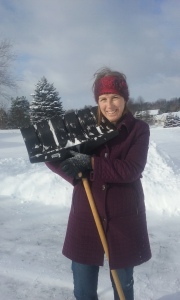 Meet my shovel, Kristof. We grew apart my thirteen winters down South but lately we’re reconnecting.  As the gusty wind bites my cheeks and the wet flakes stick to my hair, Kristof and I methodically clear the driveway together.  He wasn’t always a proper noun.  My biggest girl inspired me to name him after she put forth an interesting theory.  “Value” she states, “is connected to naming.”  It’s a philosophy she’s always lived by intuitively.  When she was just little-bitty, she named her stuffed toys, then her dollyhouse “people”. Now she calls her houseplant, Alberta and her car, Jack. Her sister followed suit with her anatomy lab skull, who she refers to fondly as Bill. Her dissection cat, she calls Mollie and her beloved Toyota CRV, Winston. And during our last power outage, our family even named the neighbor’s generator, Spencer.

I’m reminded of Cynthia Rylant’s tender story about an Old Woman who’d lived longer than all her friends and got so lonely she started naming her possessions, but only the ones she didn’t expect to outlive.  Her chair was Fred, her bed Roxanne, her house Franklin and her car Betsy.

One day, a tail wagging puppy ventured up to the Old Woman’s gate looking hungry, so she fed him then told him to go away.  That dog was no fool and returned for refills daily, weeks and even months later, wearing a path up to her front gate. Then one day the little brown dog didn’t sit at the gate begging and the Old Woman wished she hadn’t sent him away.  A few days passed and she missed the nameless little dog so she and Betsy drove to the pound to look for him.

The dog catcher asked, “What’s the dog’s name?”
“Then she thought about all those dear, old friends she’d outlived.
She saw their smiling faces and remembered their lovely names and she thought how lucky she had been to have known them. “
“My dog’s name is Lucky,” she told the dog catcher.
Then they went out to the yard with all of the incarcerated canines and she called for him,
“Here, Lucky!”
And he immediately came running.

From that day on, Lucky lived at Franklin.  He rode in Betsy, sat on Fred and even slept on Roxanne next to the Old Woman who named him.

You know, everybody finds their own unique path through the maze of loss and the Old Woman in the story discovered that the bond between a pet and it’s person makes you feel really, really
Lucky. 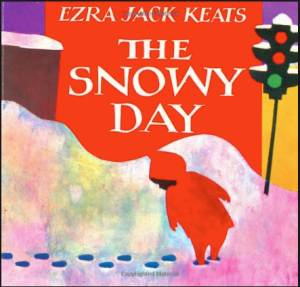 I hunkered down under the flannel sheets that sparked electricity when I rubbed my legs together. The wind howled against the plastic storm windows and I prayed for a blizzard.

They called it the blizzard of 1978. It started snowing one winter night and dumped 52 inches on the ground before it stopped.

My clock radio interrupted my dreams as the announcer called out over the airwaves the name of my school next to the word “CLOSED”– for 5 days in a row!

I squealed excitedly each morning, then flipped the covers over my head like a bear in hibernation, until I got hungry. After a large bowl of Cheerios, I donned my snow gear to head out for another day of adventure with the neighborhood crowd. We’d play king of the mountain on the snow hills the plows formed at the street corners, then wage war against those pesky boys who threw hard and cheated with ice balls. I owned a pair of skates and the city flooded the basketball court at the park. When my fingers and toes got stiff and frozen, I’d trudge home, change back into my nightgown and stand on the floor heat register where the hot air blew up my gown making me look pregnant and I giggled at the thought.
That was the best winter ever!

Then I grew up and my name became “Mama” and I spent my blustery winter days shoveling the driveway while my biggest little girls in snowsuits frolicked delightedly making snow angels and catching flakes on their tongues. 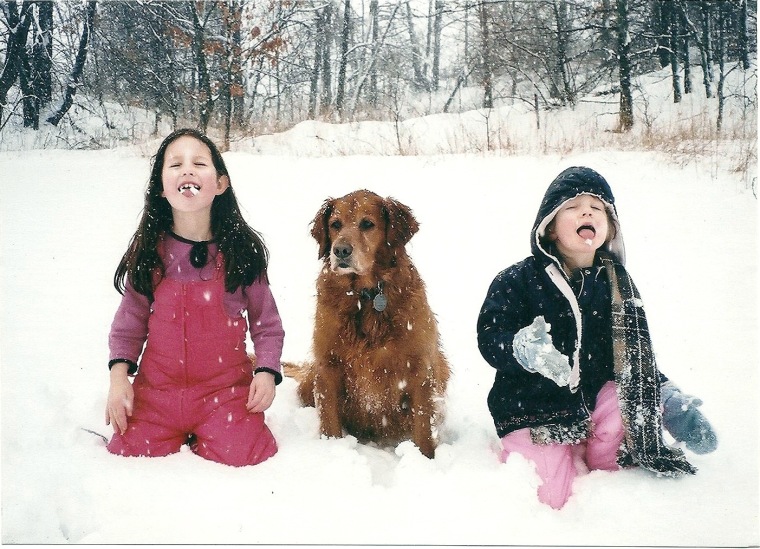 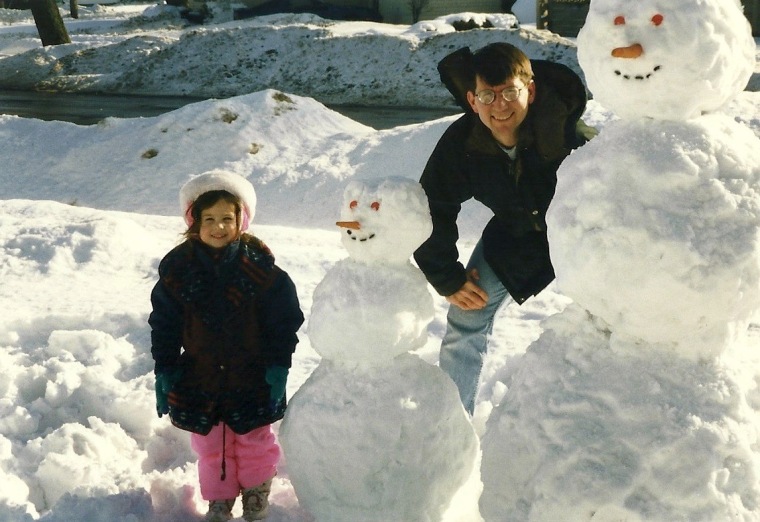 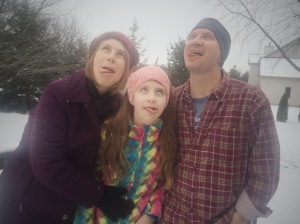 Until we moved South. Then we’d pull out Keat’s story about Peter’s Snowy Day with the sun pouring in through our open windows in February and use our imaginations to feel the snow stinging our cheeks and sticking to our hair. The big girls retrieved memories but my littlest “littles” had none to imagine from.
“Stick out your tongue,” I’d suggest.
“Look for it.”
“You see it?”
“Catch it on your tongue.”
“Mmmm….Tasty.” I modeled, my tongue extended while rubbing my tummy. 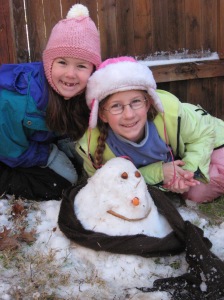 Fast forward thirteen years and a few tiny snowmen later and here we are back in winter “heaven”. Our southern born baby now schedules her play dates with her best buds that live exactly 6 minutes and 3 traffic lights away from our front door. As the snow’s gigantic flakes dance in the biting wind, they suit up and head out into the elements. First they decorate the yard with perfect snow angels then they construct forts and build snowmen. They sled down the little hill out back on the plastic saucer I bought at a yard sale last summer and sometimes even shovel the driveway. Hours pass and I call them in as the gray sky turns black. Their cheeks are pink. The dryer rattles with buckles from soaking wet, cold outerwear and they settle at the kitchen table in their fuzzy socks for a steamy mug of hot chocolate topped off with a generous dollop of Reddi-whip. 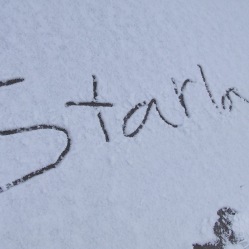 And like Peter, we just keep writing our own perfect Snowy Day stories.

I wonder, what are yours?