We had so much fun apartment shopping together.
Fueled for our search with a piece of coconut cream pie from Sweetilicious, what could go wrong? 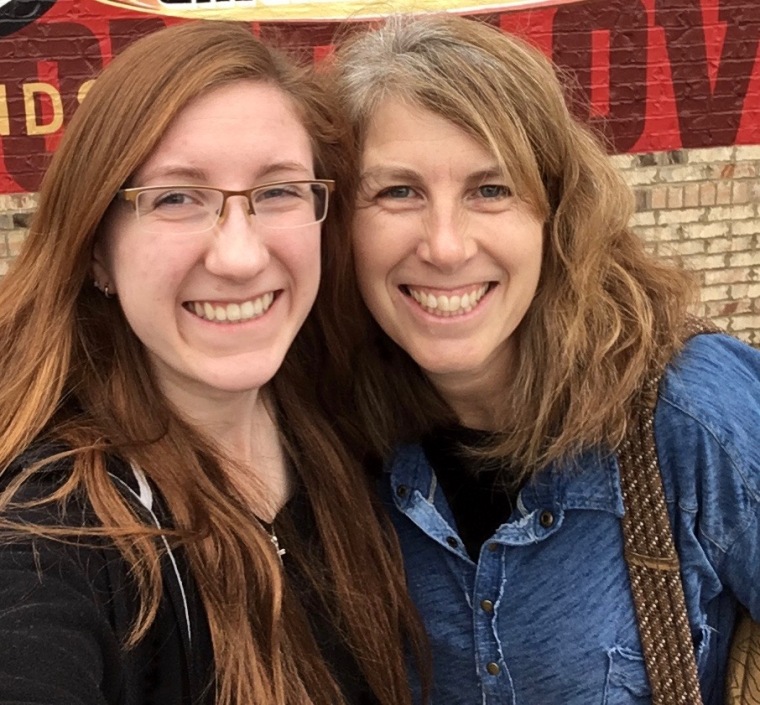 It was just like an episode out of house hunters.
First we looked at the one under budget. It was a quick 7 minute drive from work and less from her favorite library but farthest from our house and no laundry machines in the apartment.
Next came the one that felt super safe, right on budget with a garage but no pets allowed.
The last one was an old church renovated into apartments. Stained glass windows reflected prismatic rainbows onto the bedroom walls. The place was pristine but the price was steep.

First, she eliminated the church. It was perfect, but not financially realistic.
Then she applied to the other two. Thirty minutes later, her email inbox dinged and she had a lease ready to be signed for apartment number 1. At 25 Mbps, we were both shocked into reality.

This is really gonna happen!
Lily’s moving out.

I’m the one who spoke it first. “You’re ready for your own place.”
I don’t want it to be true but it is.
Thing is, I’m already losing one in May. Well, actually two, because Brennan’s been family for a long time now. I’ve been gearing up for that transition for months but, Lily, too?

After the email arrived, my tear ducts went leaky.
It’s all normal.
It’s healthy.
It’s even good.
But it’s just so dang hard.

It feels like I’m living that picture book, Let Me Hold You a Little Longer. 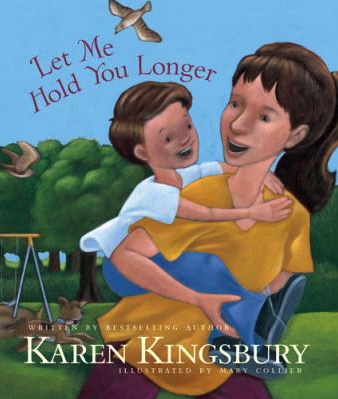 “Long ago you came to me;
a miracle of firsts;
First smiles and teeth and baby steps,
a sunbeam on the burst.
But one day you will move away
and leave to me your past,
And I will be left thinking of
a lifetime of your lasts.”

Some things, I didn’t realize were “lasts” when I was living them.
Others have been easier to anticipate.

I miss those coffee dates at Starbucks,
Weekly beach trips,
Lying sandwiched in a twin bed between 2 little princesses telling stories, singing lullabies and saying bedtime prayers together.
The smell of their freshly baked chocolate chip cookies,
The sound of Little House on the Prairie audiobooks,
And errand buddies riding shotgun.

Times are a-changin’
We’re like the family going on a bear hunt.
We can’t go over it .
Can’t go under it.
Just gotta go through it. (We’re Going On A Bear Hunt, Rosen/Oxbury)

I want us all to end up snuggled together in an enormous bed protected from all the bears like they do in the story, but that’s not how our adventure is going to end.
And so, I’m trying to be brave.
And so are they.

They’ll both be homesick when they leave, even if they don’t admit it; but in time, they’ll make their new place a home.
And they’ll establish fresh daily rhythms– just like their big sister did.

I’m wondering, will I?
Will home feel like home with 2 more empty bedrooms?
Will I ever adjust to dinner for 3?

I’m reminding myself that I’ve done this gig before and survived… so that makes me one for one statistically.
I’m excited for some intentional mama-daughter time with my baby and it’s long overdue.
And I’ve got to admit, I’m looking forward to finally having a clean bathroom. Just saying…

There it is, a jumpstart on my gratitude list.
Ecclesiastes says there’s a season for everything and God makes everything beautiful in its time.

It won’t be long till the ground thaws and 600+ tulip, daffodil and hyancith bulbs peek out of the garden to say hello. If the deer don’t eat them for dinner, they’ll bloom beautiful as a backdrop on the bride and groom at our celebratory feast in the yard.

Fifty three winters, springs, summers and autumns… and fresh, new mercies in every single season of my story.
This one will be no exception.
Thanks be to God.